For Some Women, Promiscuity is Hard-Wired 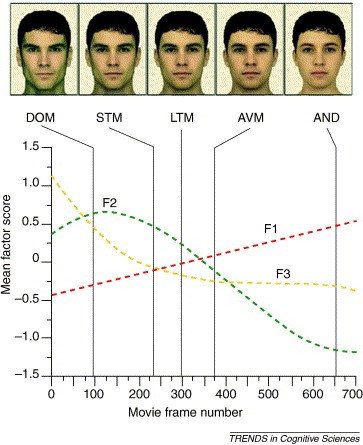 F1 (‘Friend’ factor) is composed of positive attributes such as sensitive, helpful and trustworthy.

The STM selection appears to be the best ‘good-genes’ choice (Lover factor), while avoiding the negative traits associated with high degrees of masculinity (Enemy factor). The LTM selection appears to trade off some ‘good genes’ attributes in favor of those required for a good friend and good father (included in F1).

This is very much in keeping with other studies I’ve covered, which explore the tradeoff female brains continuously evaluate to get the right balance of traits for mating success. Obviously, success can only be measured against a particular strategy – the woman looking for a fling is going to seek a different set of traits than a woman seeking a life partner.

Recently, a reader asked what percentage of women are unrestricted in their sociosexuality. (Translation: How many women actually prefer casual sex?) Though I have not been able to find any data on the distribution of SOI (Sociosexual Inventory) scores in the population, the study that published the above graphic addresses a similar question.

In Mate choice decisions: the role of facial beauty (Johnston, 2006), researchers evaluated female mating preferences in relation to their 2D:4D digit ratios. For those unfamiliar with this science, the ratio of the length of the index finger to the ring finger has been shown to correlate with a wide variety of abilities and preferences in both men and women. The ratio is a reliable indicator of the level of exposure to testosterone in utero. At 14 weeks gestation, when digit development occurs, the balance of androgen to estrogen signaling determines relative finger length. (There is no correlation to hormone levels in adults, this is strictly a prenatal occurrence.)

Lower ratios indicate more exposure to testosterone. Here we do have some information about the distribution of ratios in the population:

So what does it mean to have a low ratio if you are a woman? Females with a low 2D:4D ratio relative to other women:

In contrast, women with high ratios (more prenatal exposure to estrogen) tend to:

The exact prenatal mechanism is still not understood, but the ratio is estimated to be 66% heritable. It has been observed that mothers with a high waist-to-hip ratio give birth to daughters with a low D2:D4 ratio. I also wonder about fathers, especially as poor bonding is a “tell.” Do DOMs or STMs, aka cads, produce daughters with a greater male orientation?

Obviously, genes do not tell our life’s story in advance, but they do stack the deck. The good news is that women who fit this profile probably wouldn’t have it any other way.

If you’re a guy, you might want to measure her fingers while she’s sleeping. :-/

If you’re a woman with a high ratio, the message is clear:

You are not cut out for casual sex. Leave that to the long fingered vulgarians.